Awards for Lenovo keep rolling in

Traction's "Users Happen" campaign for Lenovo keeps on piling up the trophies. The campaign was recently awarded an IAB MIXX Gold for Best B2B Campaign, a Video Marketing Award for Campaign of the Year, and has been a finalist or winner for half a dozen others!

in the Business-to-Business category was a huge honor. The competition was tight. Lenovo and Traction beat out great work on the IAB Short List from Boeing & Discovery Communications, The Documentary Group, and Initiative (#THEAGEOFAEROSPACE); Facebook (Your Business Story); Zulu Alpha Kilo (#SayNoToSpec); and  Xerox & Y&R New York (Work Can Work Better).

It was also thrilling last week to pick up top honors at the 2016 Video Marketing Awards for Video Marketing Campaign of the Year. This is an award given “to the organization that has delivered the most impactful video marketing campaign in 2016.” One of our many mottos is “Traction creates impact,” so it was nice to see the judges agree.

We didn’t win everything, but it’s still a huge honor to be a finalist. In Mediaposts’

, we were a finalist along with UPS and Spotify in the Business-to-Business Campaigns category, but Spotify got the gold. I guess that’s just rock-and-roll! Seriously, they did great work and deserved the recognition.

Altogether, the “User’s Happen” campaign for Lenovo has picked up 10 industry awards to date. In addition to the ones above, we were recognized in the BMA B2 Awards, Digiday Awards, Communicator Awards and the sfBIG Big Star Awards.

Let’s keep our fingers crossed on that Effie! 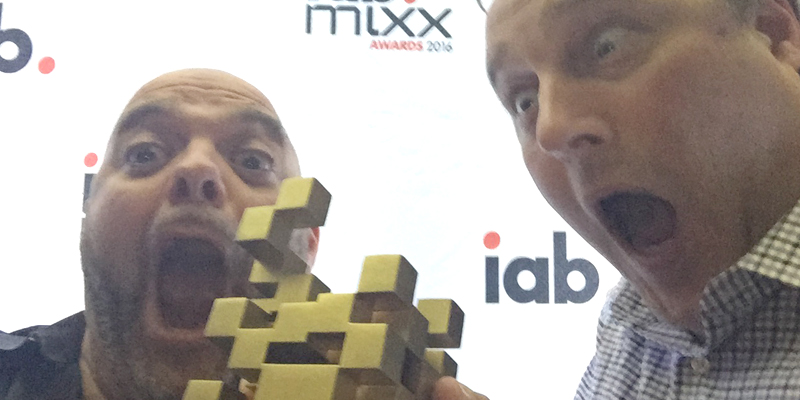 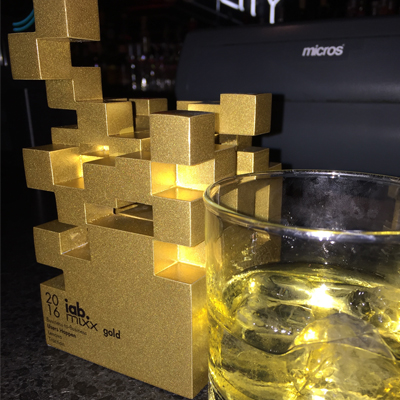 "I Fixed It" on The Drum